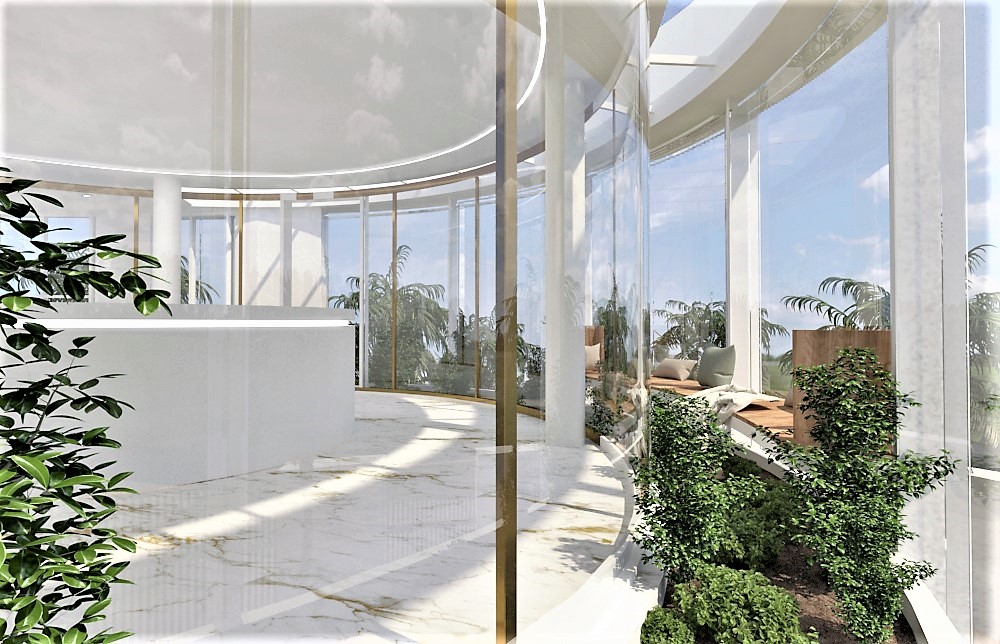 HOUSE # 3; A MACHINE FOR WELLBEING

A preview of one of our recent projects at M00-tion Studio, Designed with a strong focus on 3 systemic elements impacting the wellbeing of the household, The house performs as a machine to improve the resident’s movement and the air quality of the space, The core structure is a spiral stair case, which also forms the exterior of the house and encourages motion on the vertical as well as the radial axis of both levels. The curvilinear form of the house us the continuation of the core staircase, which is also multiplied in different layers. Landscape is also incoorporated as part of the structural system of the house, which is maintained mainly on the perimeter of the second level.

The design is also inspired by revisiting modern architecture, particularly le corbusier’s theory of architecture as a machine. My interest was to contemporise this concept through creating a strong link between the interior and exterior and add the elements of human motion and emotion. The form is also indicative of a multi-cultural social space rather than a typical rectangular colonial space. The sense of spatiality is emphasied by the choice of material and neutral colours as well as in-built furniture to maximise the space and performance. 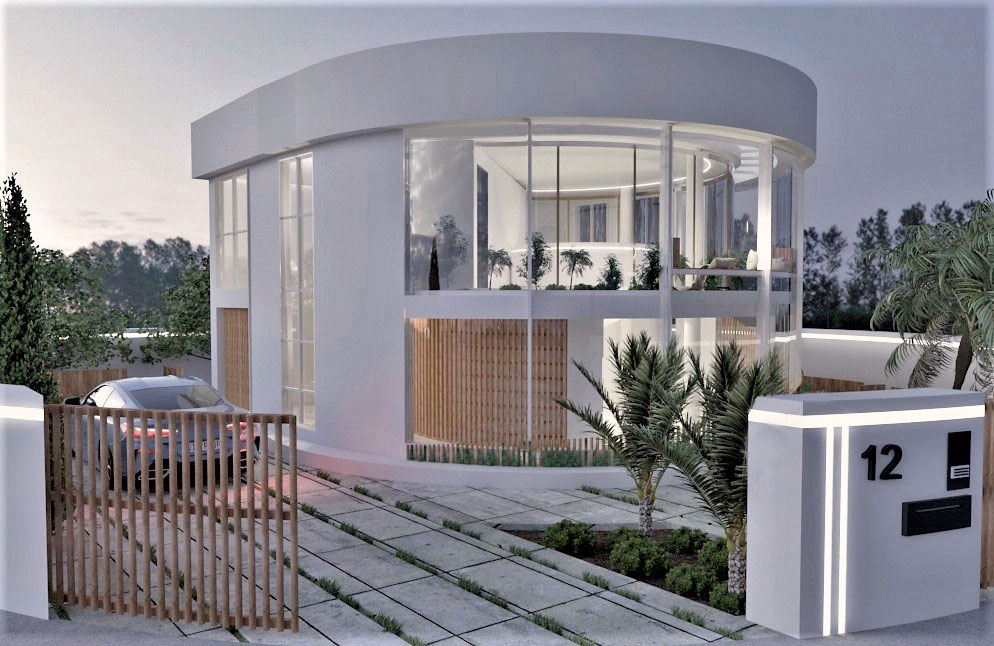 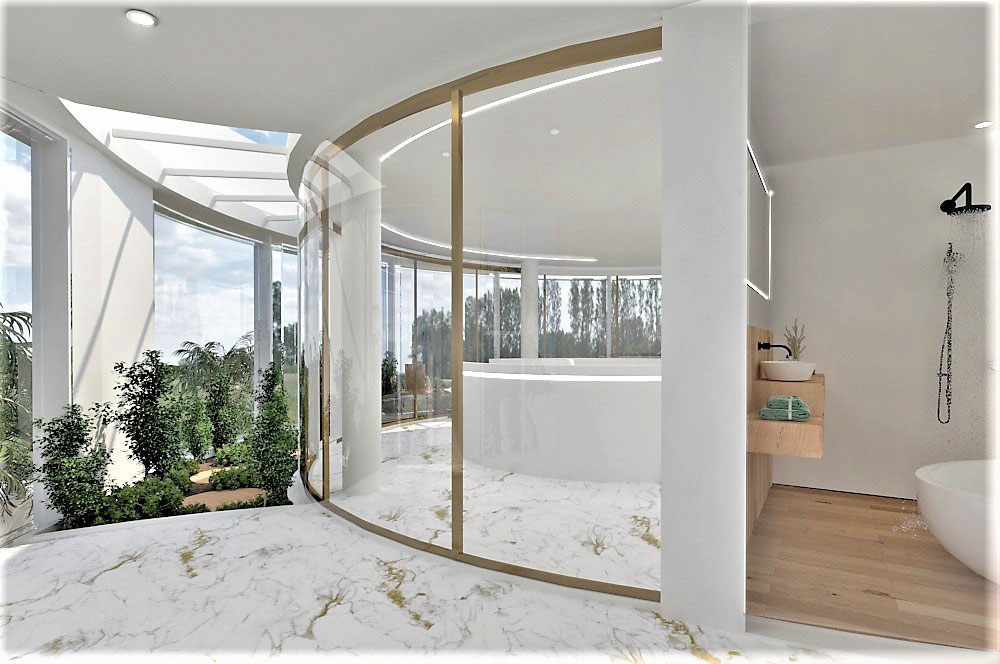 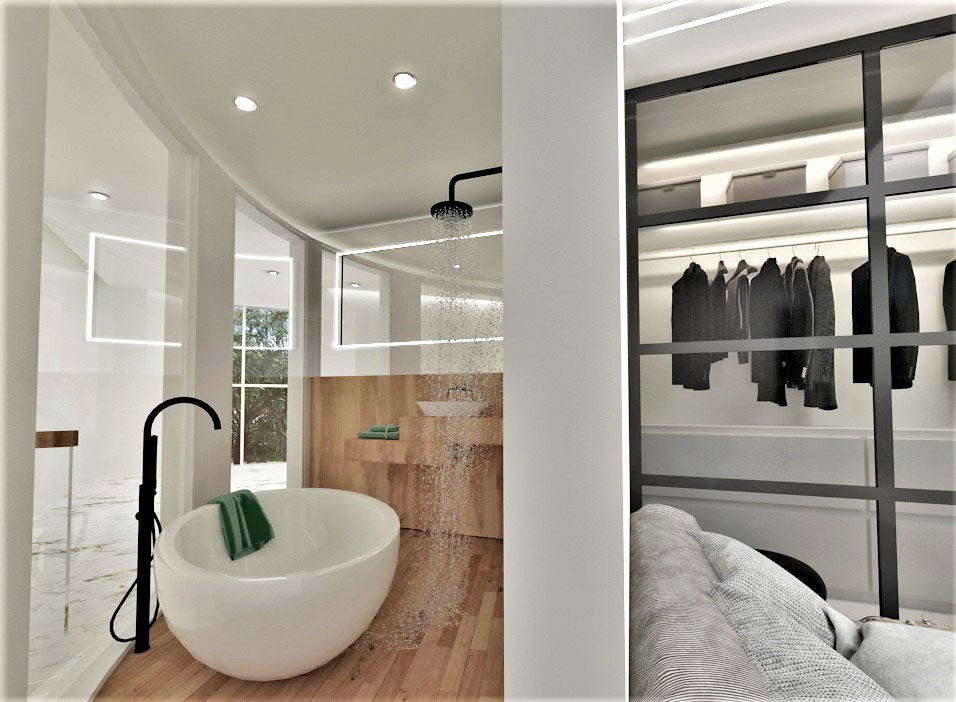 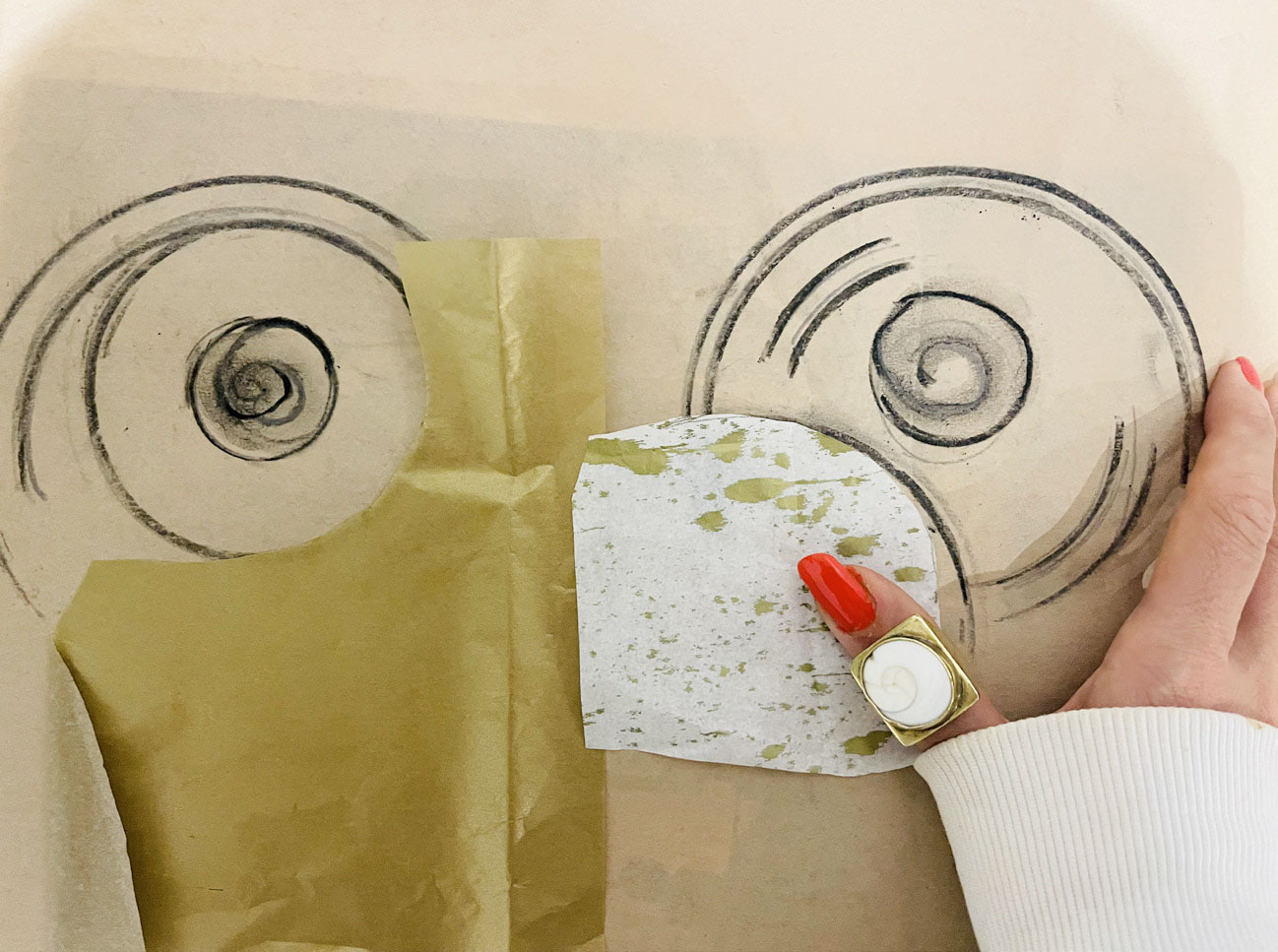 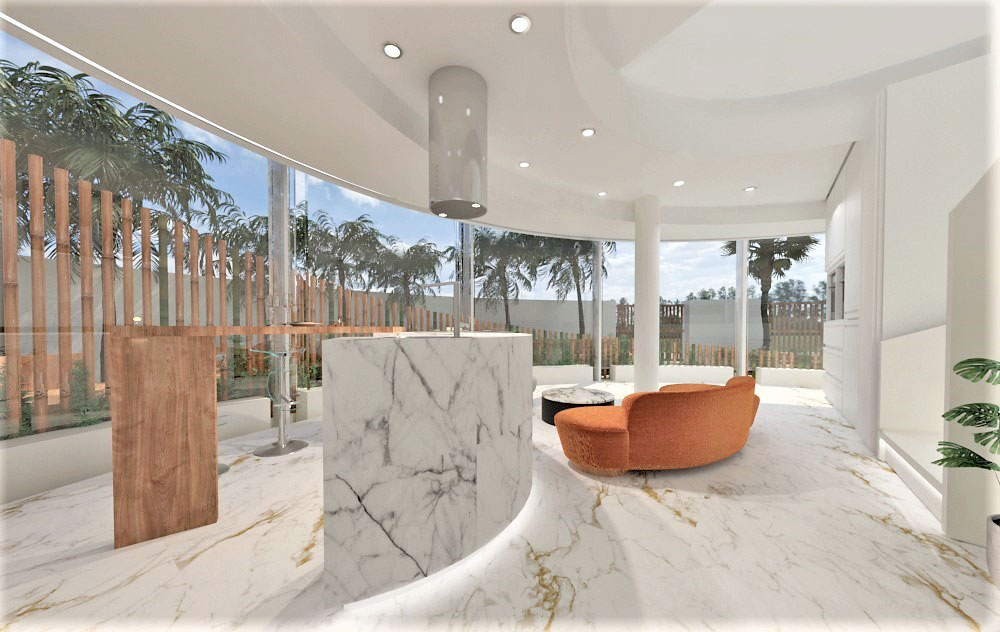 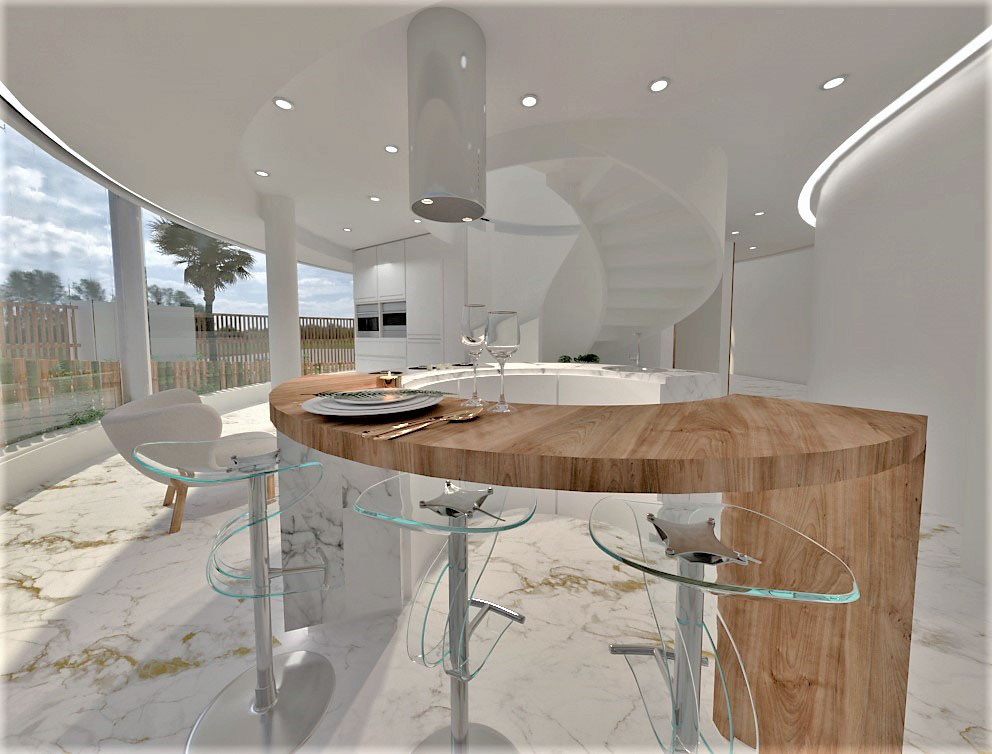 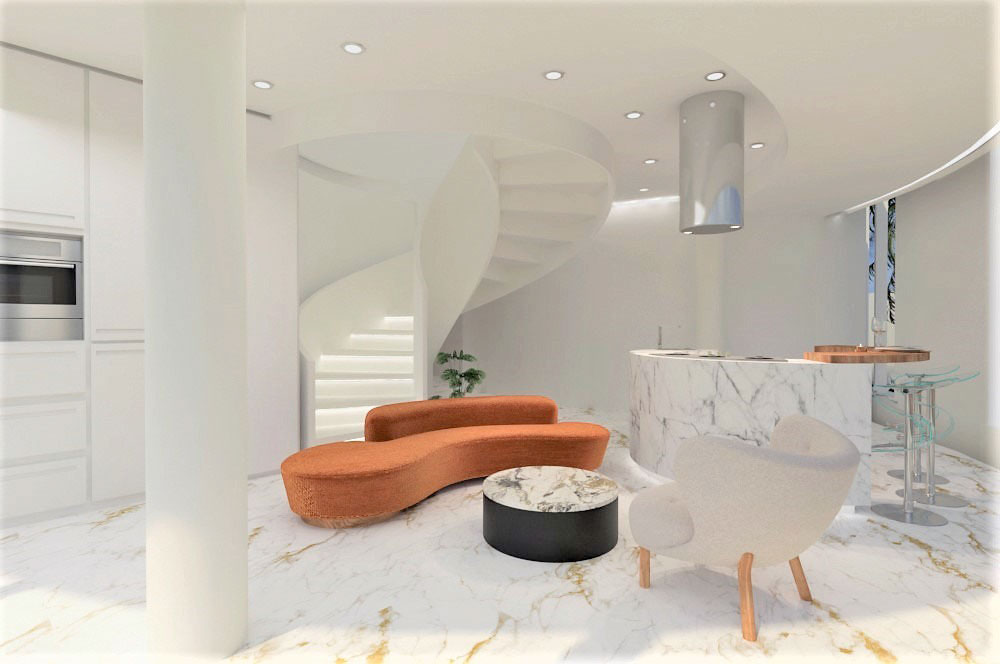 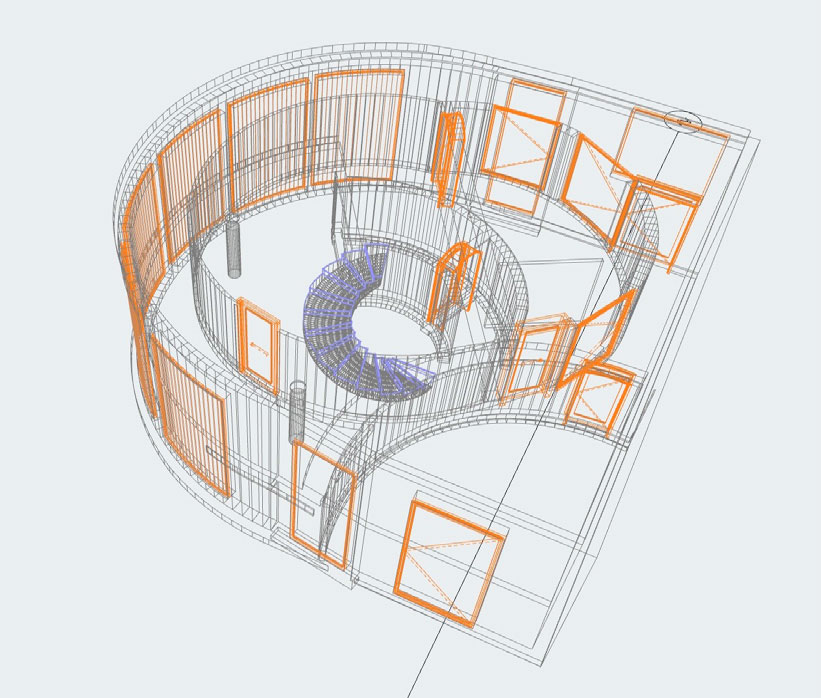 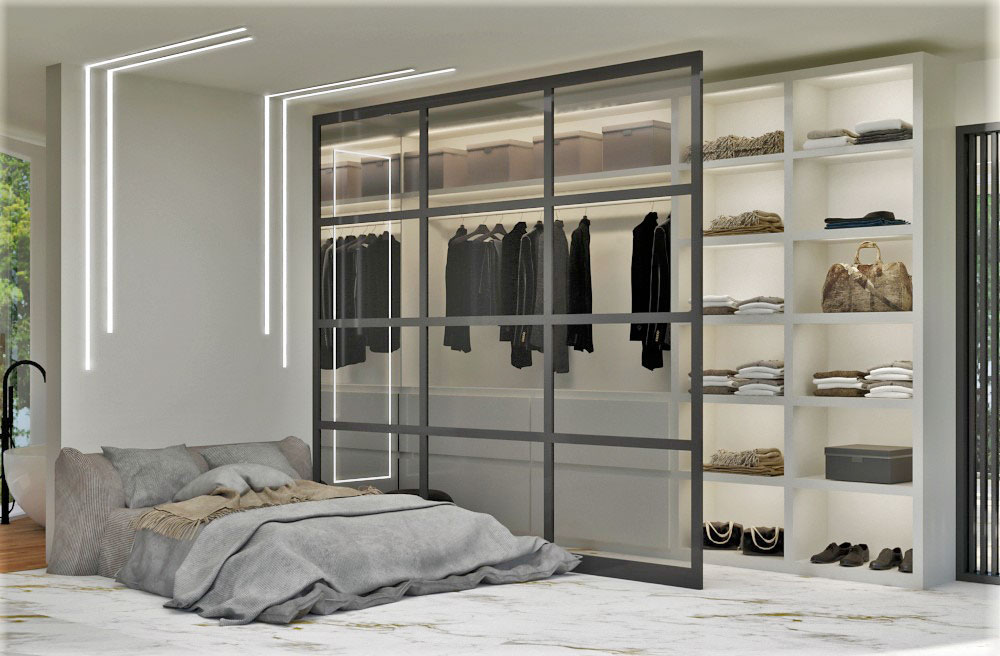 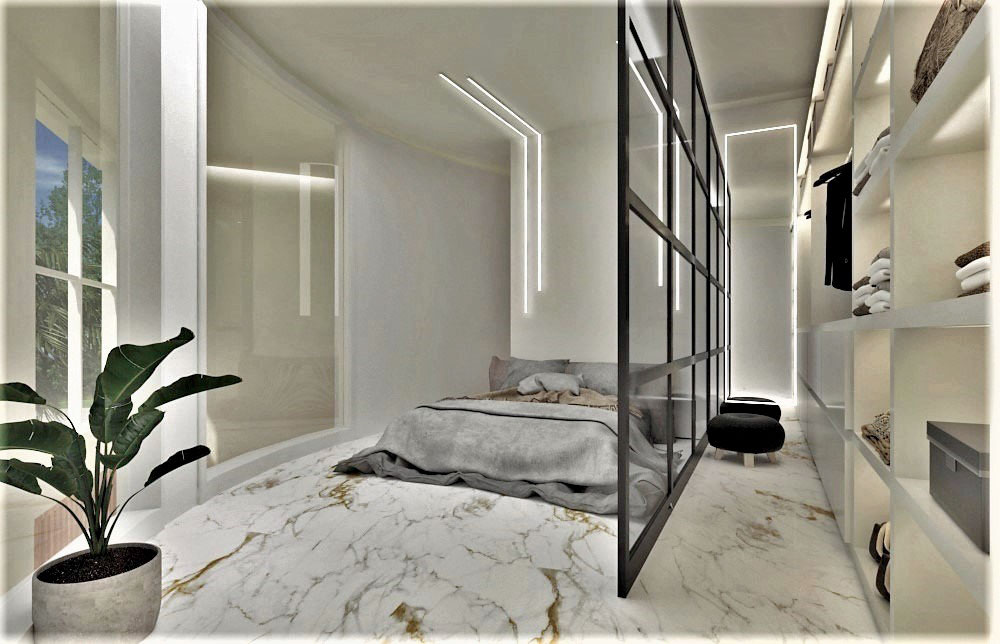 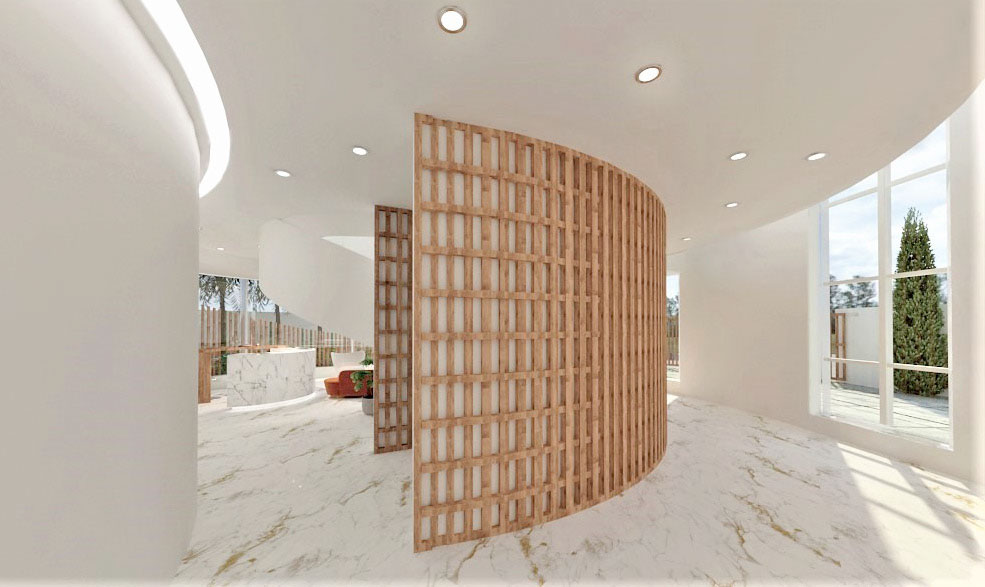